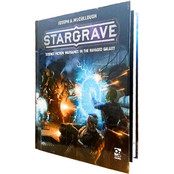 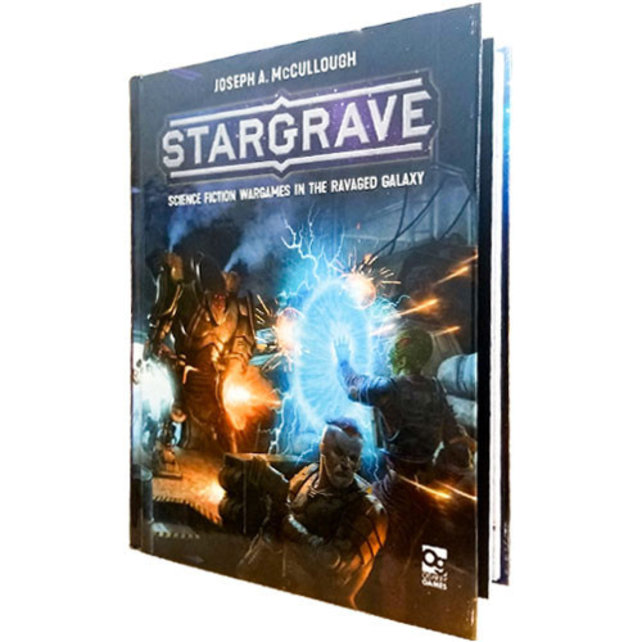 In a galaxy torn apart by the Last War, vast pirate fleets roam from system to system, robbing, extorting, and enslaving. Amidst this chaos, thousands of independent operators - smugglers, relic hunters, freedom fighters, and mercenaries - roam the dead s

In a galaxy torn apart by the Last War, vast pirate fleets roam from system to system, robbing, extorting, and enslaving. Amidst this chaos, thousands of independent operators - smugglers, relic hunters, freedom fighters, and mercenaries - roam the dead stars in small ships, scratching out a living any way they can.

In Stargrave, players take on the role of one of these independent operators, choosing from a range of backgrounds each with their own strengths, weaknesses, and associated powers. Next, players must hire a crew for their ship, recruiting a lieutenant with a unique skill-set and a handful of soldiers, mechanics, hackers, and other specialists. Some captains may even recruit strange alien lifeforms with abilities no humanoid could ever possess.

Once the players' crews are assembled, they are ready to dive into a campaign. Over a series of games, their crews will have the chance to carry out a variety of missions - recovering lost technology, stealing data, freeing slaves, and fighting back against the pirate fleets. In time, as the crews gain experience, they will become more powerful and hire more talented specialists. The more they grow, however, the more likely it is that a pirate fleet will take note of their activities and come after them!

In addition to these rules, you will need the following items to play Stargrave: 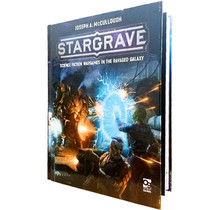