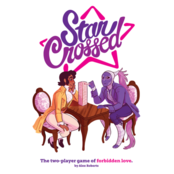 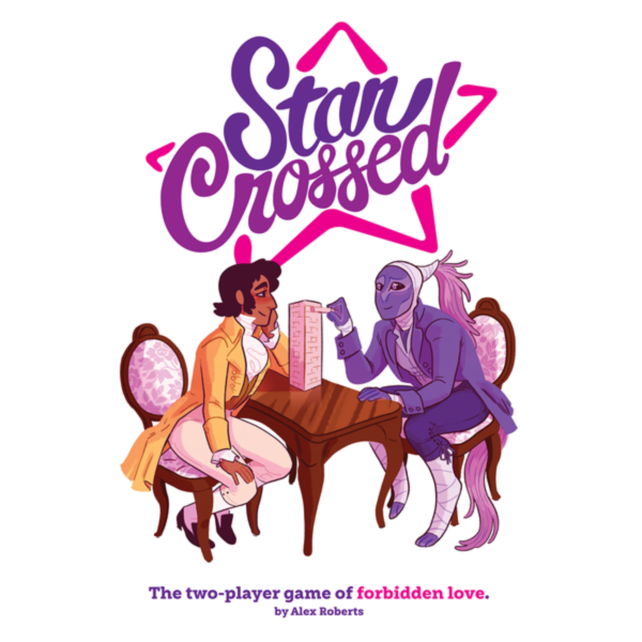 Playing Star Crossed will feel like being pulled in two directions at once–like when your head and heart are telling you two different things, or when what you want and what you believe in are impossible to reconcile. The game is simple, quick, and filled with delicious moments of excitement, tension, and occasional heartbreak.

Will you be best friends about to graduate and move to different cities? A Queen and her knight errant? Leaders of the Vampire and Werewolf clans? A space pirate and an alien brain parasite? The possibilities are endless.

In Star Crossed, you and your fellow player will craft characters who are powerfully attracted to each other, but have a compelling reason not to act on their feelings. You’ll watch the attraction between them grow as you play out scenes, taking turns describing what your character says and does. Some of the things you’ll want your character to do are going to increase that attraction—and when that happens, you are going to pull a brick out from an increasingly shaky tower and place it on the top.

If the tower falls, your characters act on their feelings! You decide what happens; the rules will tell you what that means. How many bricks you’ve pulled will help determine if your love is doomed, triumphant, or something in-between.

Of course, that tower may never fall. If you make it through the final scene and the tower is still standing, the character never act on their feelings. Sometimes that’s the right thing to do.

Star Crossed takes about two hours to play. You’ll need the rules, the cards, some character sheets and a couple pencils. And a tower of bricks, of course. 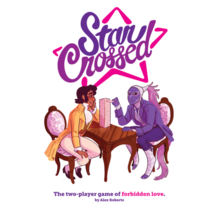