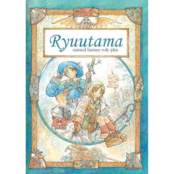 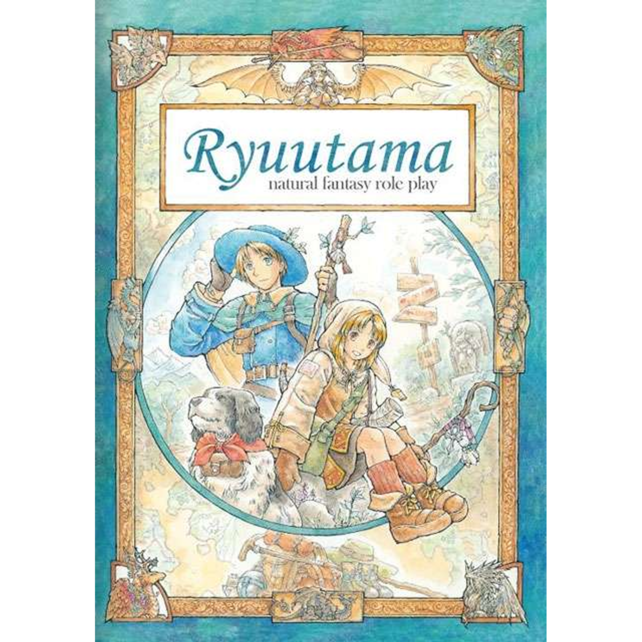 Go on a feel-good journey with your friends in this original Japanese fantasy RPG.

Ryuutama means “Dragon’s Egg”: Travelers go on a journey, and their stories are recorded by mysterious dragon-people observers called Ryuujin. The Ryuujin then feed the essence of the stories to the Seasonal Dragons, which gives them strength, helps them grow, and this in turn renews the world.

Ryuutama is a Japanese tabletop role-playing game, now translated into English. The original author is Atsuhiro Okada, a lifelong gamer who works in a “Tabletop Gaming Cafe” in Tokyo, the first of its kind in the country. He wrote this game to bring new people into tabletop role-playing, as well as to provide a heartwarming experience which other games at the time did not.

Ryuutama calls itself a “Natural Fantasy RPG”. It is a fantasy role-playing game set in a western medieval-style setting. The conceit of this setting is that at one point, in everyone’s lives, people get this intense feeling of wanderlust. They put their daily lives on hold and travel the world with new-found companions. They find out more about the world, and at the same time learn about themselves.

Ryuutama emphasizes travel, exploration, community, friendship, harmony and growth. There is also a “Console RPG-like” combat system: But while combat certainly happens, it’s not the central focus of the game. Adventures usually involve traveling from one town to another, packing gear, crafting items, cooking and sharing along the way; getting lost, meeting people and (sometimes cute) monsters along the way; braving the elements and trying to set camp properly.

Ryuutama is a game that gives off a “feelgood”, or in Japanese, “Honobono” feel. The feeling of the game is like a Hayao Miyazaki anime: While there is adventure and excitement, there is also a warm sense of wonder, exploration, and companionship (versus an emphasis on violence and extreme action).

To play Ryuuutama, you need a few friends, some multi-sided dice, some pencils and paper, and an open heart. One person will take on the role of the Ryuujin or “Dragon-Person”, the person who creates the scenario and guides the other players (this is also called a Game Master or “GM”). The other players will take on the roles of the Travelers, creating characters and engaging in exciting adventures in a world created by the players. 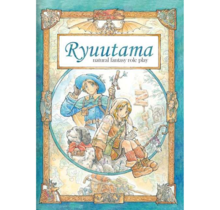