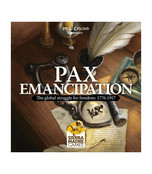 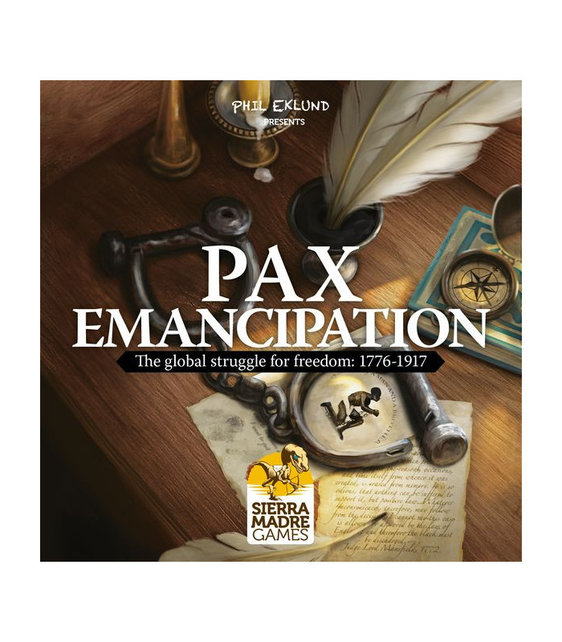 A Competitive coop game simulating the spread of abolitionism.

The 7 wonders of the great civilizations were built by slave-power, and societies' need to enslave weaker neighbors went unquestioned for millennia. Until the day an audacious petition was sent to Parliament, not just to end slavery in England, but throughout the entire world! In this game, you assume the role of an abolitionist during the Age of Enlightenment, either a Parliamentarian, an evangelical, or a private philanthropist. Assign warships to blockade slave ports or intercept slave ships, install missions, trading posts, and colonies in foreign lands steeped in serfdom, challenge the institution of slavery on moral and legal grounds in courts, and sanction underground railroads, slave revolts and revolutions. Play in cooperative-competitive, cooperative, or solitaire modes. If victorious, you achieve the greatest political accomplishment in history: making slavery everywhere illegal. 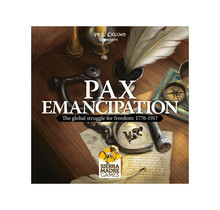