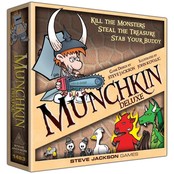 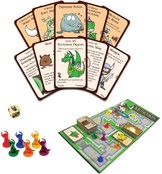 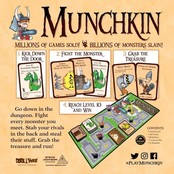 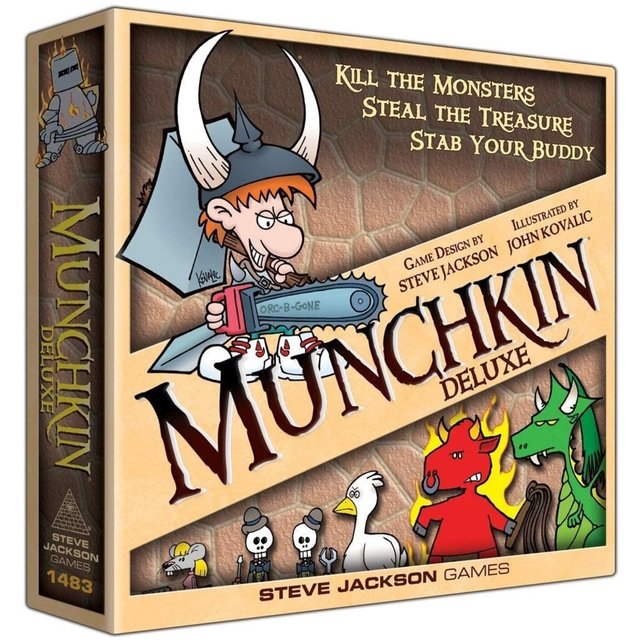 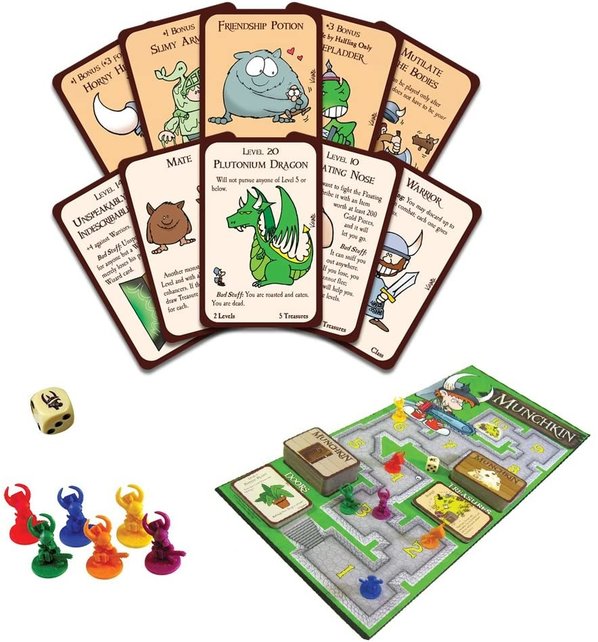 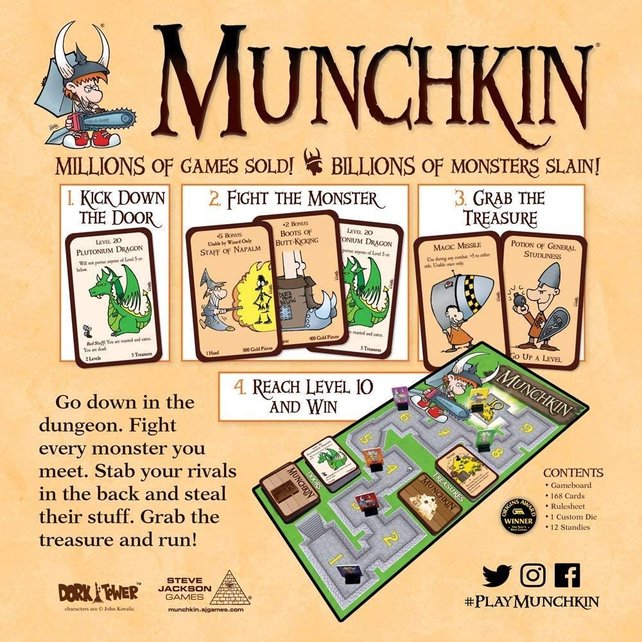 Go down in the dungeon. Kill everything you meet. Backstab your friends and steal their stuff. Grab the treasure and run.

What makes this edition "deluxe"? It's got a big gameboard to keep your decks in place and 12 standies (six male and six female) that you move on the gameboard as you level up!

Go down in the dungeon. Kill everything you meet. Backstab your friends and steal their stuff. Grab the treasure and run.

Admit it. You love it.

And it's illustrated by John Kovalic!

Fast-playing and silly, Munchkin can reduce any roleplaying group to hysteria. And, while they're laughing, you can steal their stuff.

Ages 10 and up. Plays in one to two hours. Three to six players. 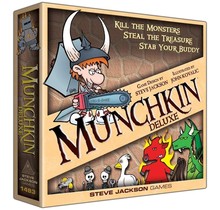