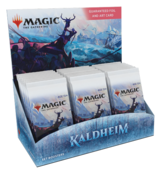 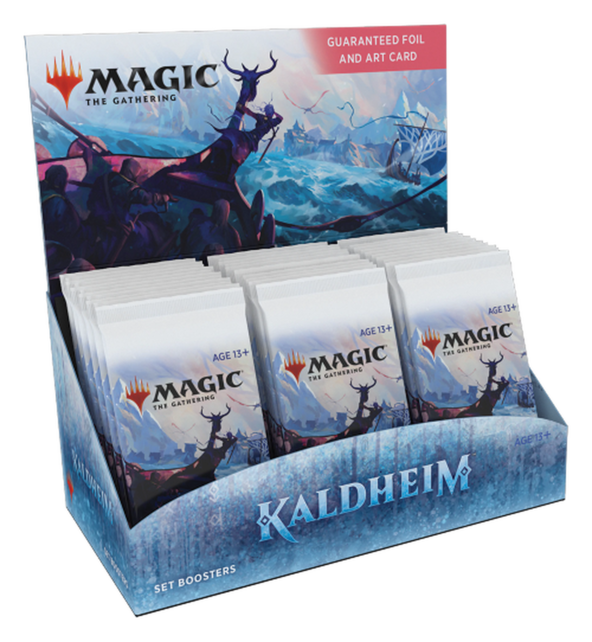 Battle through the brutal Viking world of Kaldheim in Magic’s most metal set ever. Draugr and demons, giants and shapeshifters—show your opponents what legends are made of with two powerful mechanics making their debut, Foretell and Boast. And unleash the power of Kaldheim’s icy expanse with the return of Snow Lands and Saga cards. Prove your worth to Magic’s new pantheon of Norse-inspired gods and save the World Tree from chaos.

"This is a tale to make all Kaldheim tremble…"—Birgi, God of Storytelling

Explore the icy expanse of Kaldheim with the return of snow lands and powerful snow mechanics. Kaldheim Set Boosters come with a snow land in every pack, each with a beautiful snow-dusted frame and a 15% chance of being upgraded to a shining foil.

Saga cards also return to share gripping stories from across the Ten Realms. The frigid battlefields, brutal landscapes, and gnarly creatures of those tales fill the set.

Some Set Boosters include a card from "The List"—a carefully chosen pool of cards from Magic's past. Printed as they originally appeared (including art, frame, and expansion symbol) with the addition of a small planeswalker symbol in the bottom left corner, The List shows off beloved past mechanics, fun worlds, and just flat-out wild cards from the game's history.

Wanna Just Open Packs? Set Boosters Are for You.

Where Draft Boosters are built for Booster Drafts, Set Boosters are built specifically to be fun to open. Each one has an art card, a chance for extra rares, thematically connected commons and uncommons—some even have an interesting card from Magic's history. 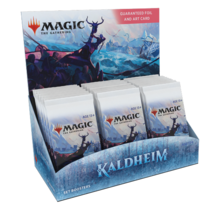