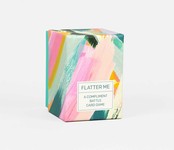 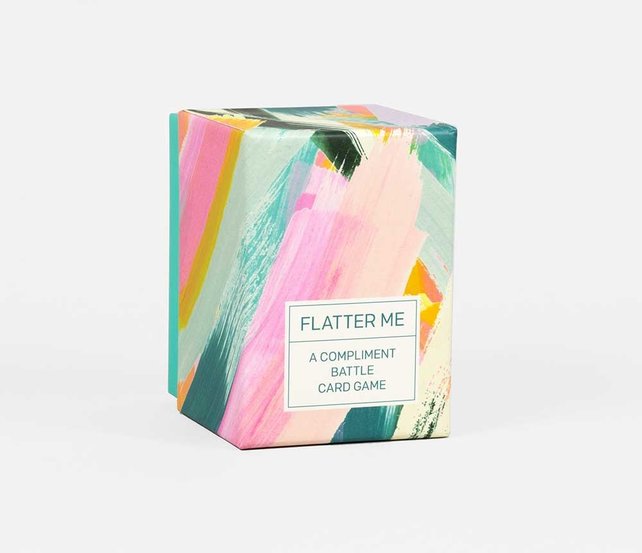 Flatter Me is a game for two, played similar to the classic card game of War. The goal is to receive the most compliments.

"Flatter Me" is a compliment battle card game for two players that makes giving and receiving compliments a little easier — by turning compliments into a competition! This quick-to-learn family-friendly battle of kind words takes 15 to 30 minutes to play.

Flatter Me is a game for two, played similar to the classic card game of War. The goal is to receive the most compliments.

In each round, both players simultaneously reveal the card from the top of their stack. If your revealed card best suits your opponent’s personality, they take both cards. If their card best suits your personality, you get both! In the event of a tie where both cards fit both players, or neither card is a good fit, draw three more cards and reveal the fourth. Winner takes all cards. Repeat until the tie is broken!

Once both stacks are gone, the winner of Flatter Me is the player who received the most compliment cards. 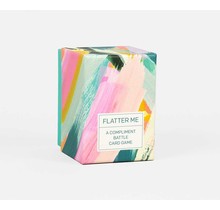