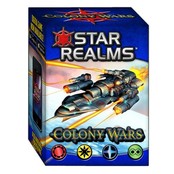 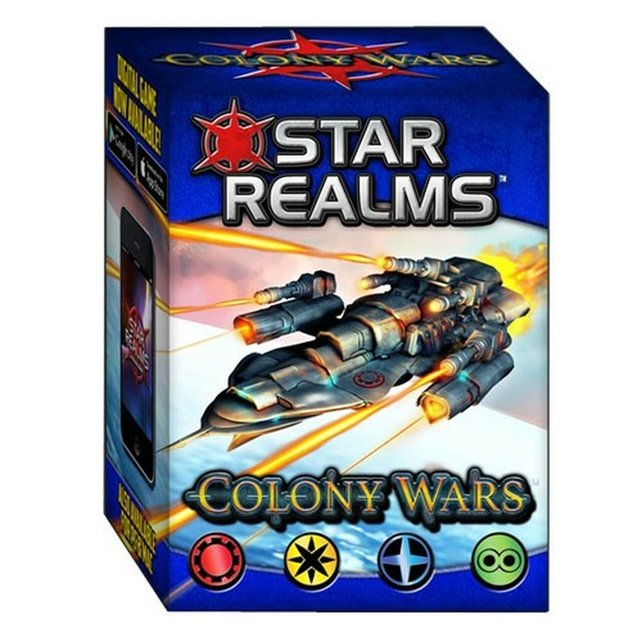 Colony Wars is a stand-alone expansion for the hit Star Realms deckbuilding game.

Colony Wars is a stand-alone expansion for the hit Star Realms deckbuilding game. The newly-discovered outer worlds, with their rich, untapped resources, are tempting targets for those seeking to expand their power. Now, the scramble for control of these unclaimed territories begins. Designed by Hall of Famers Rob Dougherty and Darwin Kastle, Colony Wars can be played as a stand-alone 2 player game or combined with the original Star Realms Deckbuilding Game to support an additional 1-2 players. This box contains a complete 2 player game with rules and 128 cards, including an all new 80 card track deck. 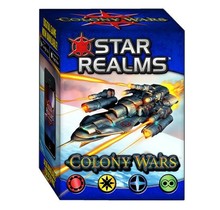