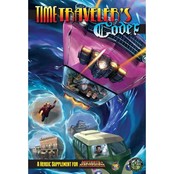 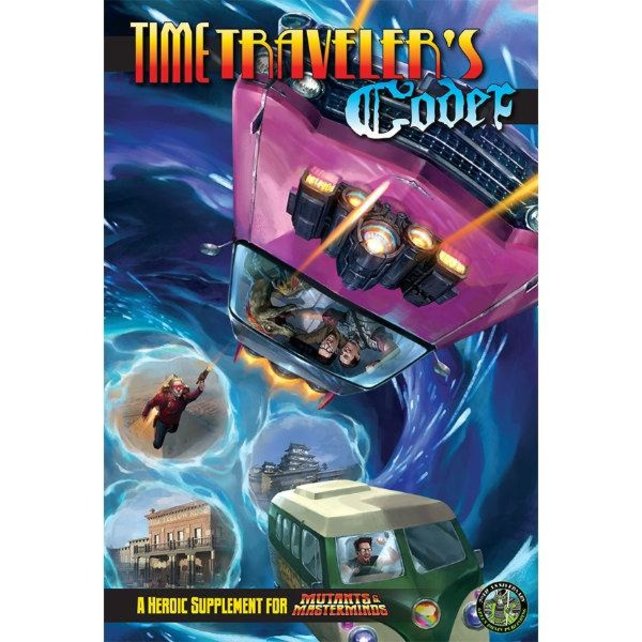 The Time Traveler’s Codex is a supplement for Mutants & Masterminds, Third Edition that launches heroes into the fourth dimension.

Vikings plunder jewelry stores along the waterfront! Killer robots from the future hunt Abraham Lincoln! And the heroes are on trial for crimes they haven’t committed... yet!

Time is a toybox for superheroes and villains, filled with colorful characters and convoluted plotlines. Time travel opens up new potential just as much as blasting off into space, with the convenience of all the major players and events already being written for you! With time as a canvas, you can pump up the grim or gonzo in your adventures, or build a whole campaign around protecting not just the world, but everything that has happened or ever will happen!

Catapult your adventures out of the city streets and into medieval French
castles, Aztec battlefronts, and the imperial Ming court with the Time
Traveler’s Codex!

Take Your Superheroic Adventures
Into the 4th Dimension! 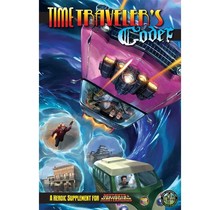