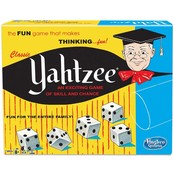 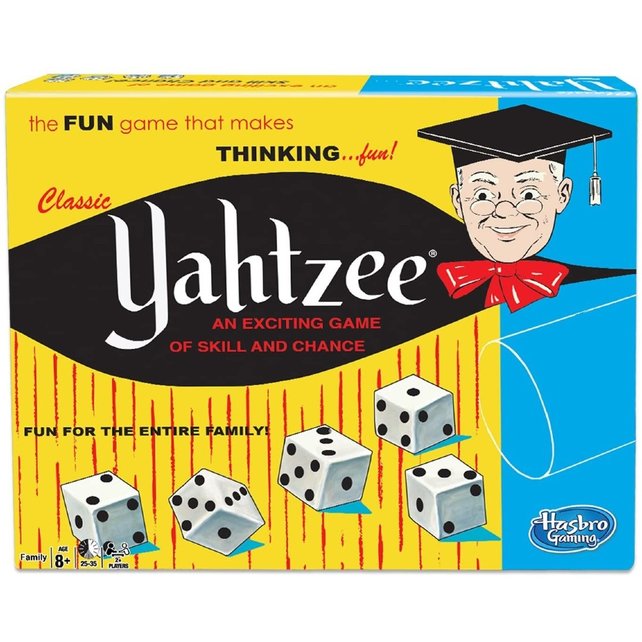 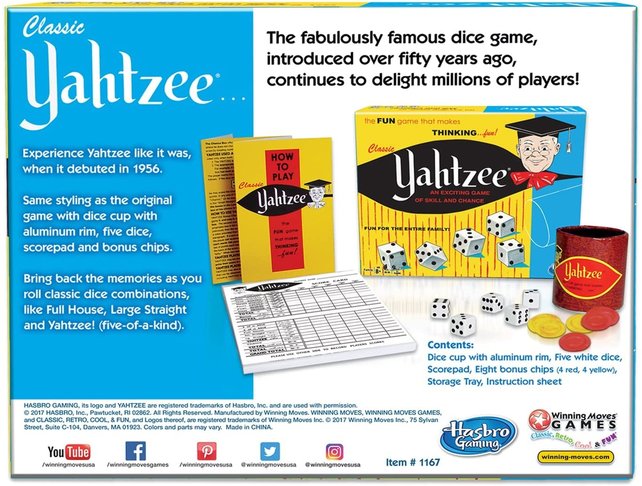 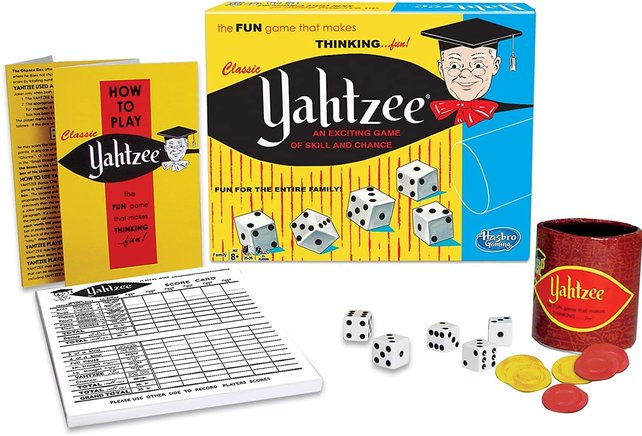 A CLASSIC: Yahtzee - one of the most popular dice games since its introduction in the 1950s, with Over 50 million games sold each year. Our “Classic Yahtzee” is the same styling as the original.

A CLASSIC: Yahtzee - one of the most popular dice games since its introduction in the 1950s, with Over 50 million games sold each year. Our “Classic Yahtzee” is the same styling as the original.

WHAT’S IN A NAME: The name of the game is also the name of the best hand. The odds of rolling a “Yahtzee” (5 OF A KIND) on your first roll are 1295 to 1, so you won’t see that happen very often!

STRATEGIC: While luck plays a big role in Yahtzee, strategy makes a huge difference. You score each combination just once, and the number of different combinations you can score is equal to the number of turns in the game.

FAST PACED: The game ends after each player has 13 turns and filled every box in the column with a score or a zero. The Player or Team with the highest total score for all games (up to six) wins!

We include five white dice, a score pad, eight bonus chips (four red, four yellow), and a storage tray and instruction sheet. Plus - our Dice cup has the original aluminum rim! Ages 8+

Introduced over fifty years ago 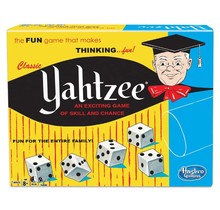