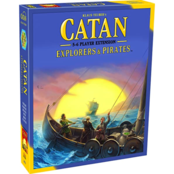 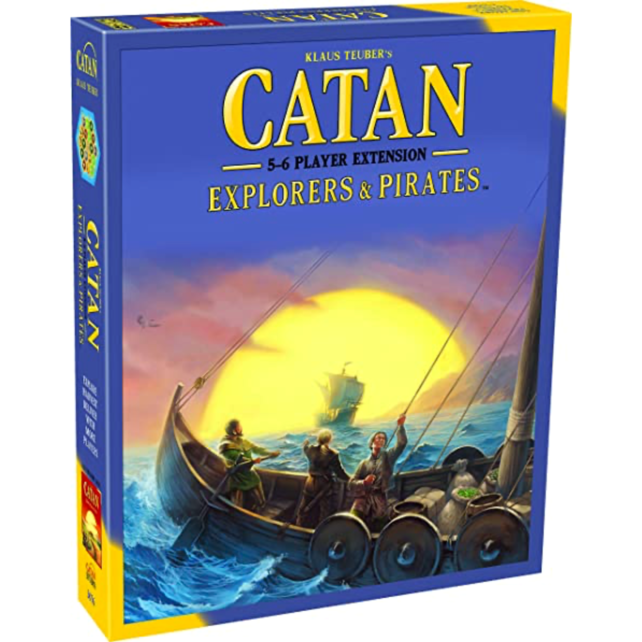 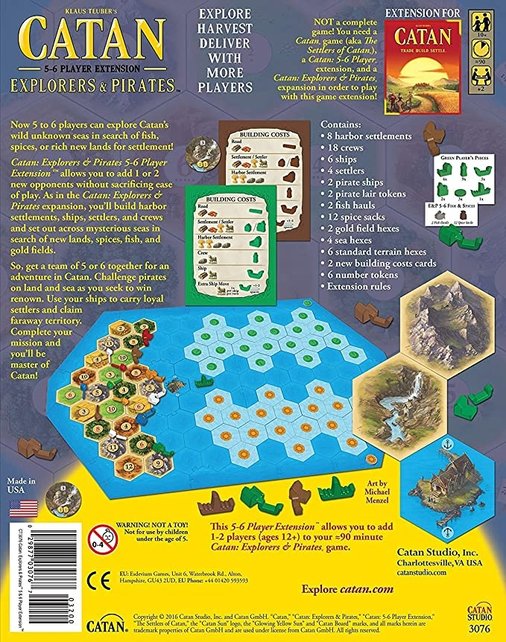 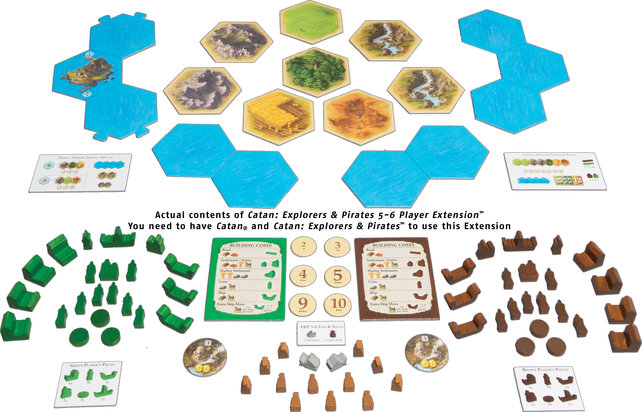 Catan: Explorers & Pirates is the fourth major expansion for Catan

Catan: Explorers & Pirates is the fourth major expansion for Catan (following Seafarers, Cities & Knights and Traders & Barbarians) and it includes five scenarios and three missions; some of the scenarios make use of the missions while others do not.

Catan: Explorers & Pirates differs from the Catan base game in three main ways. First, instead of having only a single island in the game on which players build and compete for resources, three islands are present which players can travel to.

Second, instead of using cities, Catan: Explorers & Pirates allows players to build port settlements for two corn and two ore, with a port settlement supplying one resource when the adjacent number is rolled at the start of a turn.

Third, if a player receives no resources during the production roll (other than on a roll of 7), she receives one gold in compensation. Two gold can be traded with the bank for a resource of the player’s choice. Gold has other uses as well, such as helping you escape from pirates. 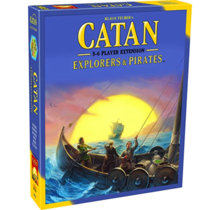