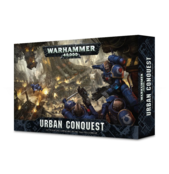 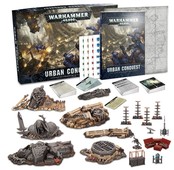 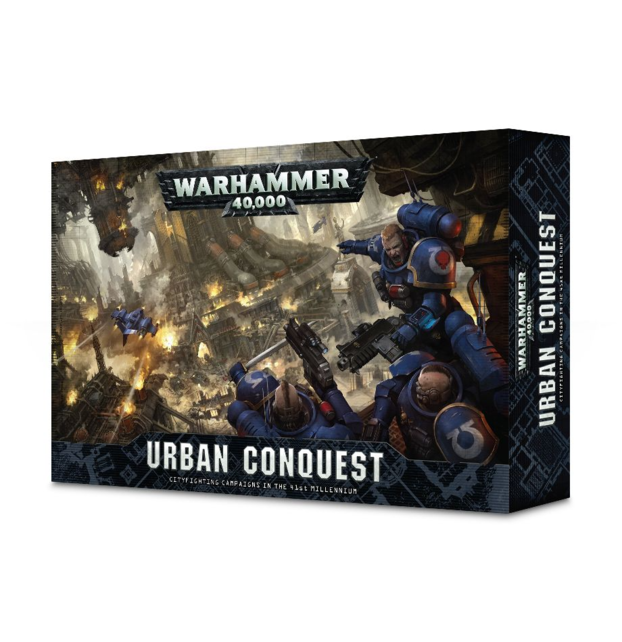 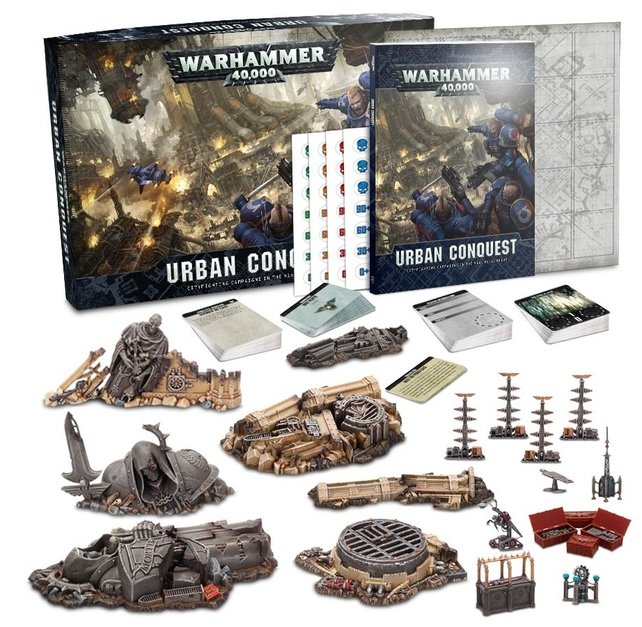 Warhammer 40,000: Urban Conquest is a Campaign-based expansion for Warhammer 40,000 eighth edition, with compatibility with the 2018 edition of Kill Team.

Warhammer 40,000: Urban Conquest is a Campaign-based expansion for Warhammer 40,000 eighth edition, with compatibility with the 2018 edition of Kill Team.

Urban Conquest provides a modular tile map that can be used to create a variety of city maps over which campaigns can be waged. Urban Conquest comes with a collection of location cards with which these maps are created. Each location type produce different combinations of either campaign points or strategic points, which are used for determining overall campaign victory or purchasing strategic bonus cards and upgrades respectively. Also available are six special location cards that are harder to capture, as they come with their own playable missions that must be won to be made eligible for conquest.

Any campaign played through with Urban Conquest consists of a set number of rounds that comprise two phases each: an Action phase in which any number of games of either Warhammer 40,000 or Kill Team can be played, and a Strategy phase, where the players earn points, purchase strategic card bonuses, and seize territory in an initiative order determined by the sum of the results from the preceding action phase.

Contents:
The Urban Conquest rulebook - your complete guide to running campaigns and recreating the urban battlescapes of the 41st millennium with a host of new rules.

The Streets of Death cityscape map - a modular campaign map where you construct your own city using location cards.

A set of plastic ruins and rubble, plus Cities of Death objectives for adding thematic flavor to your Urban Conquest campaigns. 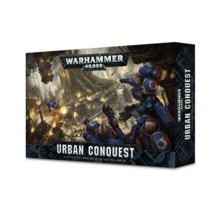