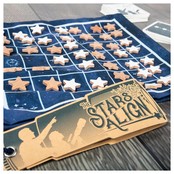 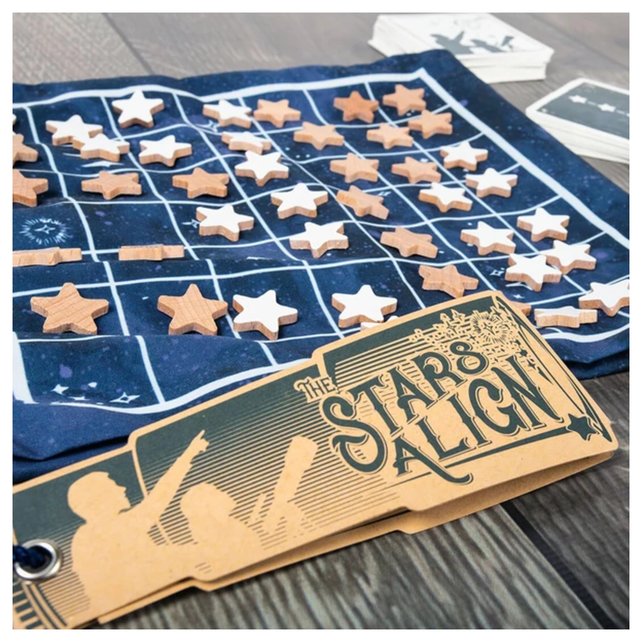 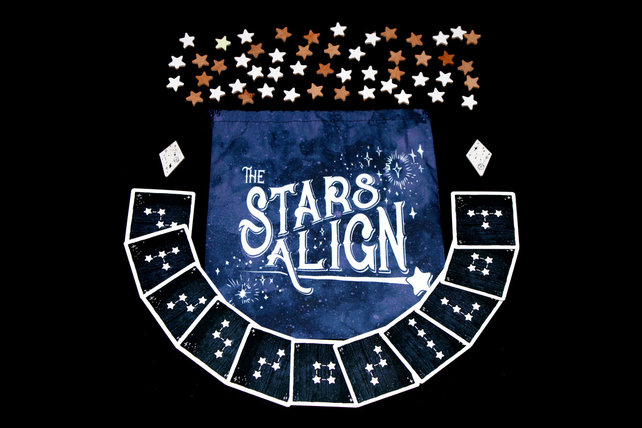 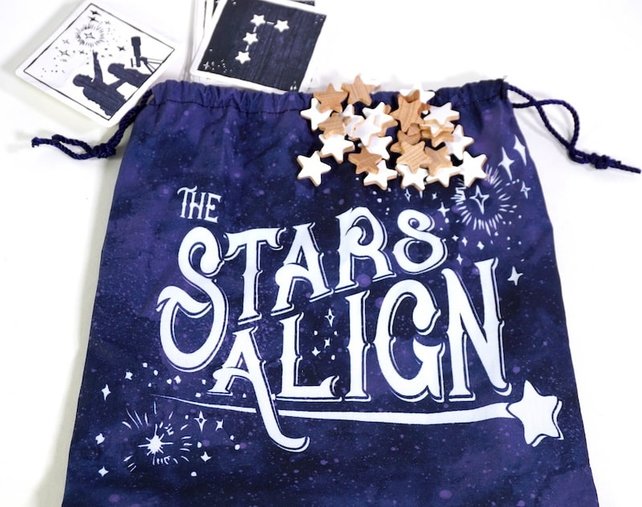 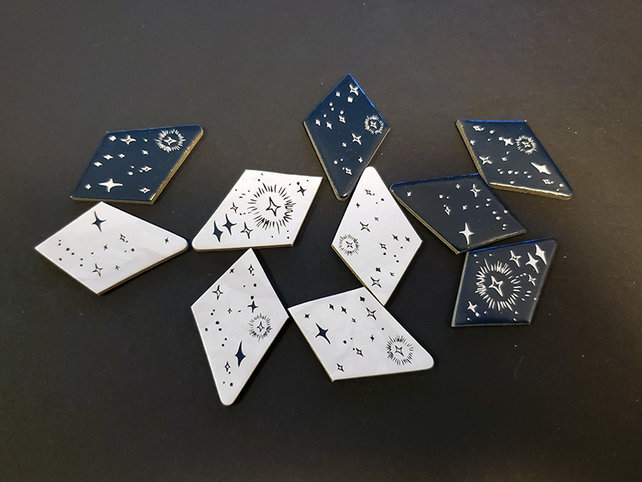 Turn your eyes to the night sky and be the first player to spot five shooting stars for the win! The Stars Align is a two-player game of placing and manipulating patterns of stars on the 7x7 night sky map grid.

Turn your eyes to the night sky and be the first player to spot five shooting stars for the win! The Stars Align is a two-player game of placing and manipulating patterns of stars on the 7x7 night sky map grid.

A play of The Stars Align begins at dusk. Players place their color stars onto the Night Sky Map. After dusk comes the Night Phase. More stars appear and those already in play start to flicker (twinkle)! When groups of stars align, they shoot across the sky and disappear!

The Stars Align is a tight combination of grid placement and pattern manipulation. In the Dusk Phase, each player will draw a constellation card on their turn and choose where to place their stars on the shared Night Sky Map following the pattern shown on the card. As the night draws on, more stars appear until a player draws a constellation card that can't be played. At this point, the initial board state is established and the Night Phase begins.

Placement rules shift when the Night Phase starts. Now parts of the constellation pattern may overlap stars already in play. Overlapped stars flip to their opposite side. Players take turns manipulating the Night Sky Map so that an entire row or column of seven stars align in their color. This is a shooting star. The stars in that row or column are removed from the board and a point is scored. The first player to score 5 points wins the game!

For an added challenge, experienced players can add a chess timer with five-minutes per player to spot their five shooting stars. The first to spot five shooting stars or still have time left on their timer when their opponent runs out of time wins the game. 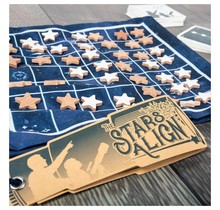