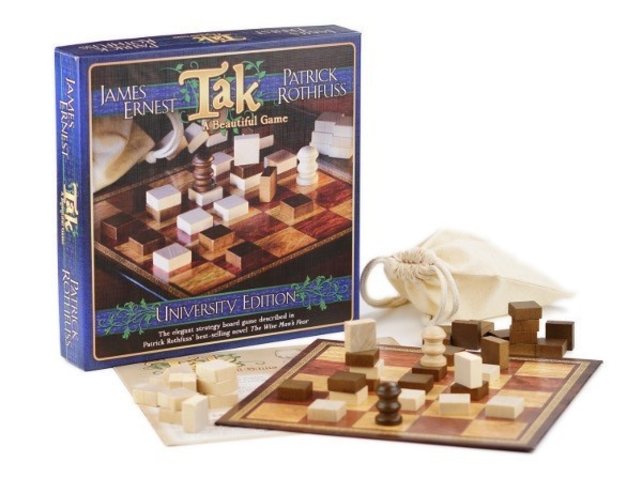 Ernest and Rothfuss have brought Tak to life in an elegant two-player abstract strategy game reminiscent of classics like Go and mancala.

“My next several hours were spent learning how to play Tak. Even if I had not been nearly mad with idleness, I would have enjoyed it. Tak is the best sort of game: simple in its rules, complex in its strategy. Bredon beat me handily in all five games we played, but I am proud to say that he never beat me the same way twice.”

Patrick Rothfuss first introduced Tak in bestselling novel The Wise Man’s Fear. However, the rules were not introduced in the book, because at the time there were none! Ernest and Rothfuss have brought Tak to life in an elegant two-player abstract strategy game reminiscent of classics like Go and mancala.

The University Edition of Tak features a smaller set of pieces (enough for a 5×5 game) as well as a cloth bag, making Tak portable and compact.

To win a game of Tak, a player must be the first to create a “road” of stones connecting opposite sides of the board.

Depending on the size of the game, players may also have capstones, which can can come in many decorative shapes. Capstones serve as both a flat stone and a wall, and can also flatten standing walls. 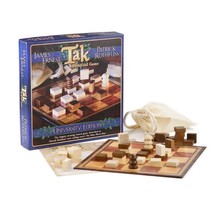