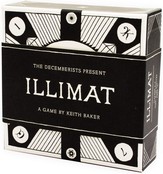 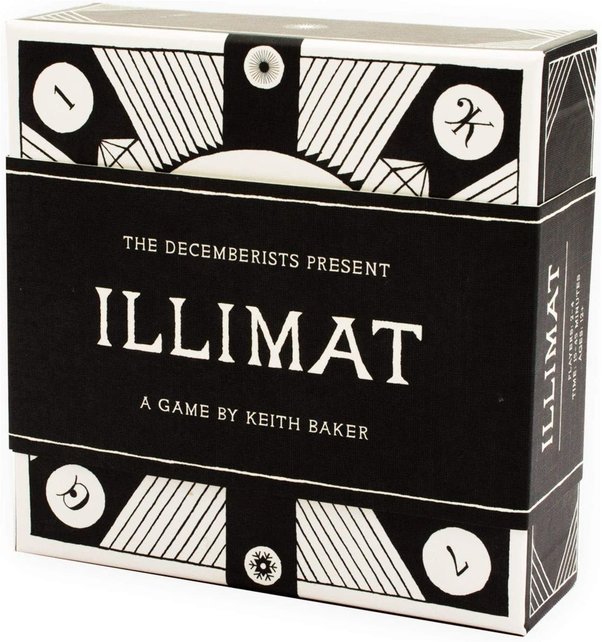 If you've ever enjoyed Hearts, Bridge, Cassino, or Gin, Illimat will feel both familiar and unlike anything you've ever played before.

Illimat has the style and flavor of a classic card game with a dynamic twist. As you play, you combine cards and collect them, trying to gather more than your opponents. But hidden Luminaries and changing seasons can alter your plans. Featuring a cloth board, metal tokens, and illustrations by Carson Ellis.

Illimat supports two to four players and a single round takes approximately fifteen minutes. The cloth board is divided into four fields, and the box the game comes in is also a component of the game: it sits in the center of the board and sets the seasons for each field, which affects the actions that can be performed in each field. Turning the box and changing the seasons is a critical part of the strategy of the game.

Illimat has been playtested with devoted gamers and people who haven't played a game in years. The result is a game that's easy to learn, dynamic, and just a little bit addictive.

—description from the publisher

How to Play Illimat (Video) 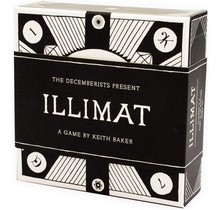