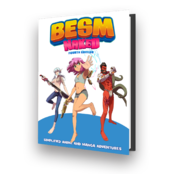 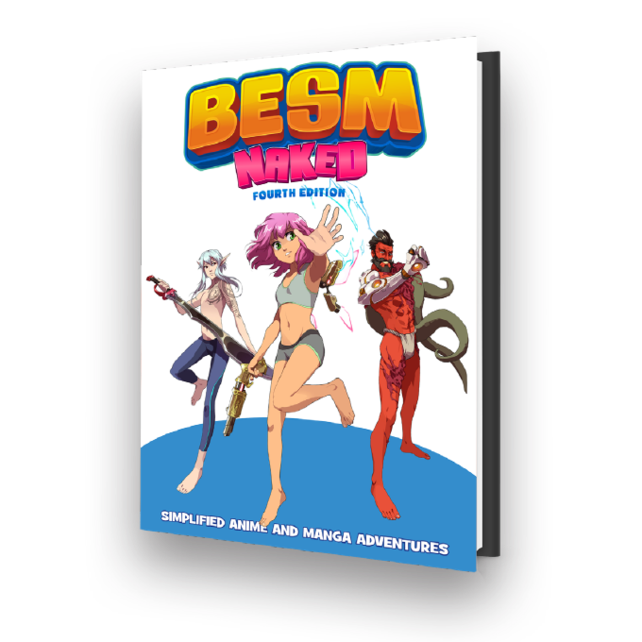 BESM Naked is a stripped down but complete, stand-alone, alternate version of BESM 4th edition, the Anime and Manga RPG.

BESM 4 is actually two distinct games. In addition to the standard BESM Fourth Edition, we are also releasing a stripped-down core role-playing game called BESM Naked that a complete, stand-alone, alternate edition. (See what we did there?)

BESM Naked is a “gateway product” of a sorts, targeted at anime and manga fans who may know something about role-playing but aren’t traditional gamers. It’s also for role-playing enthusiasts who enjoy indie-style RPGs with simple rules and more narrative game flow. With a structural simplicity closer to BESM First Edition from 1997 — yet presented with an eye on illustration and graphic design that lives up to the expectations of today’s gamers — BESM Naked contains everything you need to play, wrapped in one small volume at an attractive price. 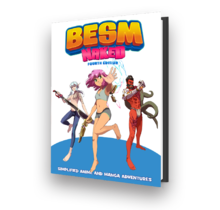